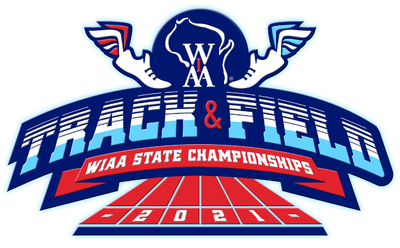 The meet features a different format than the traditional schedule because of continuing COVID-19 accommodations and guidelines. The three-day event will feature both genders in Division 3 on Thursday, Division 2 and the wheelchair division on Friday, and Division 1 on Saturday. The Division 3 competition begins at 11 a.m. Thursday. The Division 2 and wheelchair events begin Friday at 10:40 a.m., and the Division 1 schedule begins at 11 a.m. Saturday.  The order of the events are available on the WIAA website at:  https://www.wiaawi.org/Portals/0/PDF/Sports/Track/2020/State%20Meet%20Schedule.pdf.

DIVISION 1 NOTES - BOYS:   Kimberly has representation in the most events with 16, including 14 individual events and two relays. Oconomowoc is next with 15 events, including 13 individual events and two relays, and Arrowhead has participants in 14 events, including 10 individual events and four relays. One individual event and two relays return champions from 2019, one of which moves up a division after winning the Division 2 title. Senior Landon Peterson of Onalaska won the 300-meter hurdles in 2019, and he returns in pursuit of his second title. He is seeded fourth in the event this year with a time of 39.74 recorded at sectionals last week. The Muskego 800 relay squad attempts to retain the glory it achieved in 2019. The Warriors enter the State Meet with the 15th-fastest seed time at 1:30.59 with two of the four runners that helped win the championship two years ago. The Wisconsin Lutheran 3,200 relay ran to the Division 2 championship in 2019. The Vikings return one runner from that team in quest of the 2021 Division 1 title. They enter the race this week with the ninth-fastest qualifying time of 8:12.17.

DIVISION 1 NOTES - GIRLS:  Muskego has representation in 17 events to lead the division, including 13 individual events and four relays. D.C. Everest has qualifiers in 15 events with 13 individuals and two relays. Homestead and Oak Creek are tied for the third-most events with representation with 12. The Highlanders have student-athletes in nine individual and three relay events, and the Knights are in 10 individual events and two relays. Five individual events and two relays feature the return of their champions from 2019, and a pair of events features the Division 2 champion moving up a division this year. Senior Danni Langseth of D.C. Everest was the 2019 champion in both the shot put and discus. She returns this year as the top seed in both of those events. She qualified with a throw of 44-5 1/2 in the shot put and 161-9 in the discus, which makes her the favorite to retain those crowns. Junior Jaiah Hopf of Wisconsin Lutheran won both the long jump and triple jump in Division 2 in 2019.  She has transitioned well to Division 1 this season with the top qualifying marks in both events. She has posted an 18-8 3/4 distance in the long jump and a 38-3 3/4 leap in the triple jump. Senior Chloe Larsen of Waunakee is essentially the defending champion in the 400-meter dash after winning the title in 2019. She returns as the third-swiftest qualifier in the event with a time of 58.02. Senior Amalia Malecek of Onalaska was the 2019 champion in the 1600 run, and she returns attempting to pick up right where she left off. She has the fifth-fastest qualifying time at sectionals at 5:12.24. Amalia’s sister, senior Kora Malecek, is the returning champion in the 3200 from the 2019 State Meet. She enters this year’s event with the third fastest qualifying time of 11:06.16. The Nicolet 800 relay team has two of its members back from the quartet that captured gold in 2019. They come into the State Meet with the 18th-fastest qualifying time this season at 1:47.26. The Muskego 3,200 relay has just one runner returning from its title-winning foursome in 2019. The Warriors enter the meet with the 10th-fastest time of 9:52.66.

DIVISION 2 NOTES - BOYS:  Catholic Memorial has the most event entries in the meet with 10. The Crusaders have qualifiers in eight individual events and two relays.  Freedom and Lodi have representation in nine events. The Irish have competitors in five individual events and four relays, and the Blue Devils have entries in seven individual events and two relays. There are no individual events that claim a former champion returning to retain their titles. However, there are a pair of relays that won the gold medal in 2019 that have qualified this year. The Freedom 800 and 1,600 relays are back  this year after winning the events two years ago, but neither of the relays have anyone returning that ran on those winning relays. The Irish 800 relay has the sixth-quickest qualifying time at 1:32.85, and the 1,600 relay is ranked second with a seed time of 3:29.42.

DIVISION 2 NOTES - GIRLS:   Freedom is represented in the most number of events with 15, including 11 individual events and four relays. Shorewood is next on the list with 12, including 10 individual events and two relays. Osceola will be competing in nine events, including seven individual and two relays. One individual event in the division features a former champion returning to challenge for another title this year. Two relays also return after winning championships in 2019. Junior Sylvia Johansen of Clinton was the 2019 champion in the 100-meter dash. She qualifies this year with the chance to retain the title with the fifth-best qualifying time of 12.73 in the event. The Lodi 1,600 relay has qualified in pursuit of another title; however, the Blue Devils have nobody that contributed to that effort returning to run this year. They enter with the fourth-fastest seed time of 4:10.97. Osceola is the reigning champion in the 3,200 relay, having won the title in 2019. The Chieftains are seeded third in the event with a time of 9:53.71. They have two members returning from the quartet that captured the title in 2019.

DIVISION 3 NOTES - BOYS:  Aquinas possesses the most event entries with 12, including nine individual events and two relays. Cumberland and Lancaster both have eight events with entries. The Beavers are in six individual events and two relays, and Lancaster is represented in five individual events and three relays. There are two individual events that return a champion along with four relays. The two individual events with their returning champion were won by the same person, senior Lukas Beck of Aquinas. He won both the 100- and 200-meter dashes in 2019. Beck qualifies in those events with the fastest qualifying times. He turned in a sectional time of 10.88 in the 100 and a 22.42 in the 200. Aquinas also possesses the reigning titles in both the 400 and 800 relays. However, there are no qualifying members of those relays that contributed to winning the events in 2019. The Blugolds have the third-fastest qualifying time in the 400 relay at 44.16 and the 10th-quickest time in the 800 relay at 1:34.02. Wild Rose seeks to defend the crown it captured in the 1,600 relay in 2019. The Wildcats enter the State Meet with the seventh-fastest qualifying time of 3:32.21 with a different four participants than the ones that ran in 2019. St. Mary Catholic has two runners returning from the quartet that ran to the 2019 championship in the 3,200 relay. They enter the race this year with the second-fastest seed time at 8:28.23.

DIVISION 3 NOTES - GIRLS:  Lancaster has representation in 10 events, which leads the division. The Arrows have entries in six individual events and four relays. Ozaukee has nine events, including eight individual events and one relay. Royall and Sevastopol have qualified in eight events. The Panthers are in eight individual events and one relay, and the Pioneers are in five individual events and three relays. A pair of qualifiers are champions in two events. Senior Jessica Brueggeman of Royall jumped to the titles in both the triple and long jumps in 2019. She returns as the top qualifier in the triple jump with a distance of 36-5 3/4, and she ranks third on the list of qualifiers in the long jump with her best sectional mark of 18-0 3/4. Junior Kaci Martensen of Benton/Scales Mound/Shullsburg swept the titles in the 1,600 and 3,200 runs in 2019. She enters both events this year as the top qualifier with a time of 5:17.39 in the 1,600 and 11:11.45 in the 3,200. Senior Delanie McFadden of Ozaukee is back to defend the title she won in the 200 dash in 2019. She has the fourth-fastest qualifying time in the event at 26.72. Junior Miranda Firari of Dodgeland looks to retain her title in the pole vault. Her height of 10-6 at sectionals last week ranks her third among qualifiers in the event. The Aquinas 800 relay attempts to defend its title with two runners from the 2019 team that won gold. The Blugolds enter the State Meet with the fourth-swiftest qualifying time of 1:48.97 in the event. The Fennimore 1,600 relay returns three participants back from the 2019 championship-winning team, and the Golden Eagles appear poised to retain the title with the fastest-qualifying time of 4:04.20.

NEED RESULTS?:  The quickest way to get results of the 2021 State Track and Field results is to access the WIAA website at www.wiaawi.org and access either the boys or girls tournament track and field pages to choose the links to live updates as the meet unfolds, provided in cooperation with PrimeTime Event & Race Management, LLC.