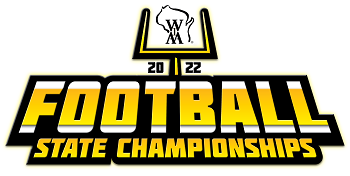 The 46th Wisconsin Interscholastic Athletic Association Football State Championships will be held today and Friday, at Camp Randall Stadium in Madison.   Here's a preview of the Division 2 game...

DIVISION 2 NOTES:  Kettle Moraine returns to the championship game for the first time since its only other appearance in 1988, which resulted in a 20-7 victory over New Berlin West to win the Division 2 title. This season, the Lasers tied for third in the Classic Eight Conference standings, which was won by Division 1 finalist Mukwonago and Muskego. They won their match-up with Mukwonago this season, and their three defeats came to perennial strong programs in Arrowhead, Fond du Lac and Muskego. The Lasers defeated Brookfield Central 7-0 at Level 4 to advance to the final. They allowed 84 points in their first three games of the season, but just 68 points in the 10 games after that. Moreover, they have allowed opponents just 13 points combined in their last three playoff games. West De Pere is back in the title game for the fifth time and for the first time since 2018, which resulted in a runner-up finish in Division 3. The Phantoms’ three other experiences came in succession from 2009-11. Their string of appearances resulted in back-to-back Division 3 titles in 2010-11 and a runner-up finish in 2009. They earned their return to Camp Randall with a 26-7 victory over Kaukauna at Level 4. They were runners-up in the  North Division of the Fox River Classic Conference this year behind Bay Port, which advanced to Level 4 of the Division 1 playoffs.  The Phantoms have outscored their four playoff opponents by an average of 35.3-6.5 points per game.