Madison's Anna Hoffmann To Ski Jump At The Olympics 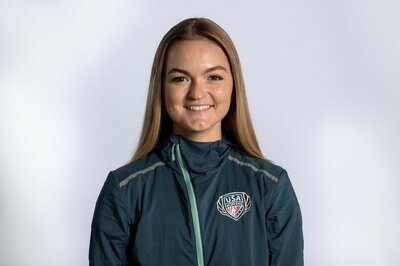 Congratulations to Anna Hoffmann on being nominated by USA Nordic Sport to represent Team USA at the 2022 Olympic Winter Games in Beijing for Ski Jumping!

According to Madison Magazine,  Hoffmann, a 2018 Madison Memorial High School graduate, had won the U.S. Olympic Women’s Ski Jumping Trials in Lake Placid, New York, on Christmas Day.   But countries don’t automatically get Olympic berths in ski jumping — the athletes must earn points in World Cup and other competitions — and the U.S. women, including Hoffmann, fell short of the necessary point total. The pandemic had reduced the number of qualifying competitions. Despite her victory at Lake Placid, Hoffmann emerged from those U.S. trials as an Olympic alternate.

On Monday morning her coach, Blake Hughes, was telling her she might be going to Beijing after all.  By the afternoon it was official, Hoffmann had a  spot representing the United States in women’s ski jumping at the 2022 Winter Olympics that begins on Feb. 4 in Beijing, China.

This will be Anna’s 1st ever Olympic Winter Games.  She will travel to Los Angeles on Saturday, spend the day doing Olympics-related “processing” — getting a uniform and doing all manner of paperwork — and then board a chartered flight to Beijing on Sunday.

Hansen's IGA is especially excited to cheer Anna on as she is a Hansen family granddaughter and niece.